A trendy pop-up restaurant is serving only airline food from Air New Zealand.

The temporary eatery in London's Soho opened on Monday after it was revealed a quarter of Brits think airplane food is worse than school dinners and hospital food, the Daily Mail reported.

A fifth of people believe bad cuisine is the worst thing about flying long-haul and more than half don't like the food served on planes.

The menu on offer at the pop-up, This Is How We Fly, was devised by Kiwi chef and restaurateur Peter Gordon to show off Air New Zealand's fare.

The airline opened the temporary restaurant and also commissioned the research of 1000 UK adults who have flown long haul.

Gordon said: "When you're sitting on an airplane you want food with fresh ingredients and great texture that's going to awaken your taste buds and really excite you.

"The food served on board Air New Zealand uses the finest, fresh ingredients that are simply bursting with flavour."

Nearly half of British flyers said they would enjoy airline food if it was made from fresh ingredients, while almost a quarter would like to see a range of cuisines offered.

And around a fifth said that a menu put together by a top chef would make airplane food more appealing.

The biggest gripes people have about airplane food are its unappetising look, the freshness of the food and the portion sizes.

"The research findings are interesting but I suspect they just haven't travelled with us - flying should be enjoyed, not endured!"

When asked for their views on the food, one member of the public said: '"I couldn't believe it - the food was delicious and probably on par with what I would pay for in a restaurant.

"I had the lamb with minted peas, braised lettuce with bacon lardons and salt roasted crushed new potatoes with mint jelly - it was really good."

Another said: "I'm always interested in trying new foods and Soho is really good for that. In all honesty I never thought airplane food could be so nice."

To try out the menu and register your interest in the pop-up visit: www.airnewzealand.co.uk/howwefly.

"They'll also be able to sample some of the best wines from New Zealand courtesy of winery Villa Maria and discover Auckland via LA in an immersive 4D experience." 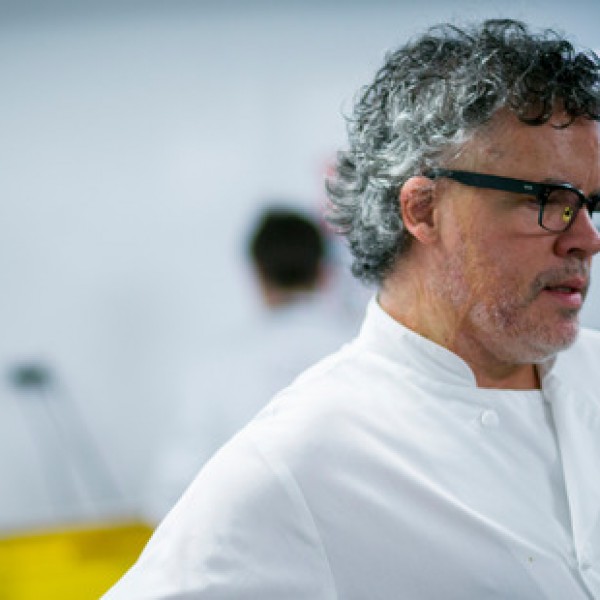 Keen for a new travel adventure? Can you imagine yourself cruising the great rivers of Europe? Gliding past the medieval castles and lush riverbank vineyards on a luxurious river cruise ship as it winds its way through some of the most beautiful sights and delivers you to Europe’s most celebrated towns & cities.

If that sparks the wanderlust in you then now is the time to pick up the brand new 2018 Avalon Waterways’ brochure from your local travel agent and start planning a European river cruise.

Just one year ago this month, New Zealand’s very own Judy Bailey became the godmother of Avalon’s newest ship as she took part in its inaugural cruise and officially christened it; Avalon Imagery II.

The Avalon Imagery II is just one of 12 revolutionary Avalon Suite ships in their European fleet of 15 ships offering casual luxury and amazing travel experiences on the waterways of Europe.  These new ships are so innovative in their design that guests get to experience Europe from a unique and intimate perspective.

If you are a seasoned cruise traveller or if this is your very first voyage, you’ll find the Avalon Waterway’s experience something very special. If you’ve never enjoyed the delights of river cruising, you’ll be sold on the way Europe’s best arrives at your expansive Open Air Balcony.

And that’s part of the Avalon difference - losing a tiny exterior balcony off your room to incorporate the space inside your Panorama Suite and provide floor to ceiling expansive windows that open back to let the outside in. And Avalon’s Panorama Suites have been cleverly designed so the bed faces the view so you wake up to a new European vista every morning.

Avalon Suite Ships are modern and clever in their design, allowing them to feel significantly bigger than others. With two full decks of Panorama Suites offering 30% more space than staterooms on standard river cruising ships, Avalon has allowed for greater comfort along with the views.

And there is an extra incentive for picking up a brochure hot off the press and getting your 2018 booking in early, with great offers available until 6 June this year.

Last year Avalon offered an air credit deal and it was so well received the company has bought it back by popular demand. Depending on the cruise itinerary and departure dates, early bookings will be rewarded with air credits of up to $2,500 per couple on European cruises.

Also new for 2018, Avalon Active cruises will be introduced on the Rhine River. It’s an interactive and energetic option for the more adventurous traveller.

Beginning in Amsterdam, guests can choose an energetic guided running tour, bike rides along the spectacular Rhine, participate in adrenaline fuelled re-enactments of the Roman Games or even climb the steps to Marksburg Castle to experience exceptional views over the river & vistas below.

After breath-taking excursions through aromatic orchards or vibrant city streets, guests can retreat toward the comfort of their ship. Evenings spent cruising the Rhine, dining whilst surrounded by panoramic views or spotting castles on the hillsides from the sky deck are all part of an Avalon Waterways holiday.

Ask your Mondo Travel cruise specialist for the latest itineraries or brochures! 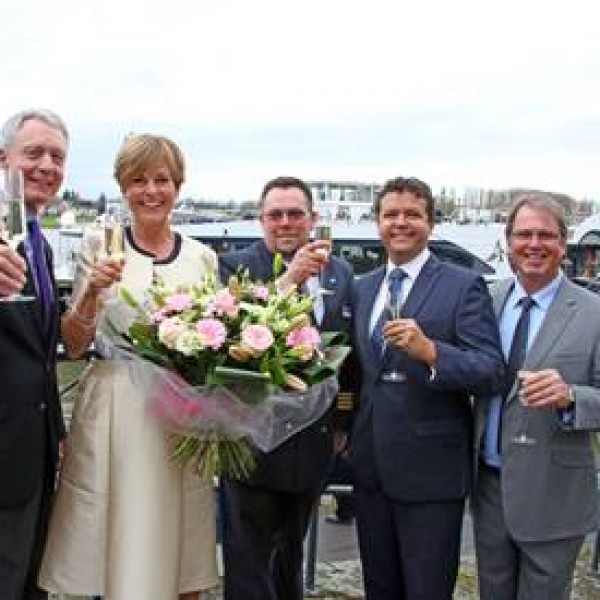 SITAONAIR, Aireon and FlightAware today announced that Malaysia Airlines will be the first SITAONAIR airline customer to benefit from a revolutionary flight tracking partnership. Under the agreement, all Malaysia Airlines aircraft will have access to minute-by-minute, 100% global, flight tracking data, delivered by SITAONAIR’s AIRCOM® FlightTracker.

By incorporating this data, Malaysia Airlines’ aircraft operations centre will receive real-time position updates of its airborne fleet globally. Aireon’s space-based ADS-B data will also resolve any existing data feed coverage gaps that remain, particularly over oceanic and remote airspace, where there is currently no surveillance.
No new avionics or modifications are needed for aircraft to take advantage of this service.

“Real-time global aircraft tracking has long been a goal of the aviation community,” said Captain Izham Ismail, Chief Operating Officer, Malaysia Airlines. “We are proud to be the first airline to adopt this solution using space-based ADS-B data as part of SITAONAIR’s AIRCOM® FlightTracker.”

Paul Gibson, Portfolio Director, AIRCOM®, at SITAONAIR, said: “With the addition of the AireonSM data, via FlightAware, to SITAONAIR’s AIRCOM® FlightTracker, combined with our active monitoring and automated alerting capabilities, Malaysia Airlines will be at the cutting-edge of real-time flight-tracking technology. With access to up-to-the-minute reporting, Malaysia Airlines will know the location, heading, speed and altitude of all aircraft in its fleet, at all times, and be alerted of any exceptions.”

“In addition to not requiring any new avionics or modifications to their aircraft, Malaysia Airlines will seamlessly gain real-time flight tracking ability of its fleet, even in areas where regional Air Navigation Service Providers do not have full surveillance,” said FlightAware Chief Executive Officer, Daniel Baker. “The result will be that Malaysia Airlines will have greater visibility of its aircraft’s exact location.”

Aireon Chief Executive Officer Don Thoma added: “Malaysia Airlines has taken a lead role in the industry since the tragic events of 2014. Real-time, global flight tracking, anywhere on the planet will further its safety goals, by allowing Malaysia Airlines to track its aircraft anytime, anywhere." Aireon’s space-based ADS-B system will offer a global solution that works for all ADS-B Out equipped aircraft everywhere. ADS-B Out mandates have been passed by ANSPs and industry governing bodies around the world, resulting in operators automatically knowing that their aircraft are properly equipped.

The Aireon service will be operational in 2018, shortly after the completion of the Iridium NEXT satellite constellation. On January 14, 2017, the first ten Iridium NEXT satellites carrying the Aireon ADS-B hosted payload were successfully launched from Vandenberg Air Force Base in California on a SpaceX Falcon 9 rocket. In total, the constellation will consist of 66 operational low-earth-orbit satellites providing global coverage. The service will also provide Air Navigation Service Providers with global aircraft surveillance capability, and is expected to help reduce fuel costs, increase safety and enable more efficient flight paths. 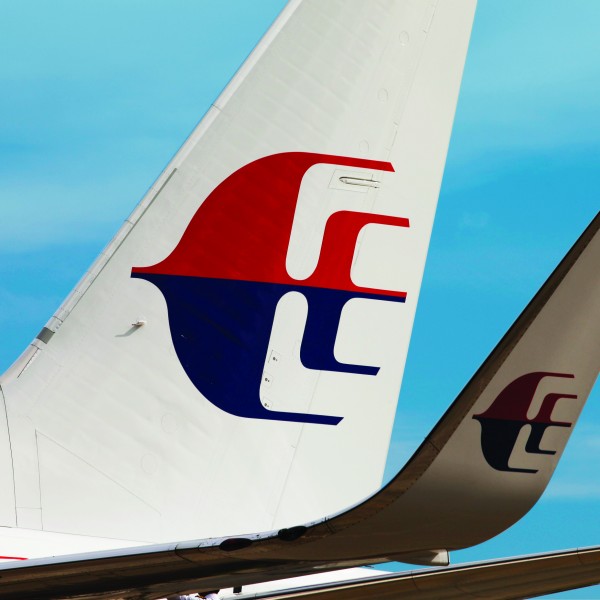