The Best BBQ Joints in the United States

RECOMMENDED BY G: THE BEST BBQ JOINTS IN THE UNITED STATES

Where to fill up on brisket, ribs, and pulled pork from coast to coast - courtesy of CEO Stirling Weir

This BBQ joint is open every day, and has a 50-year legacy — though the Roberts family, which owns and operates Salt Lick, has roots in the area dating back to the 1800s. If the menu doesn't suit your fancy, you can always just order meat by the pound.

Central's proprietors, Craig Blondis and Roger Sapp, met on the Memphis barbecue circuit around three decades ago. They opened Central BBQ in 2002, and have since been ranked among the state's best barbecue on multiple occasions, by multiple sources.

The origin of Joe's BBQ dates back to 1990, when brothers Joe and Jeff Stehney attended their very first barbecue contest. Seven years on the BBQ circuit later, opened Kansas City Bar-B-Que in 1996. Joe has since left the business. but Jeff — and his wife, Joy — still run the original Joe's, plus two new locations.

It doesn't get much more iconic than Franklin. Opened in 2009, the restaurant — helmed by pitmaster Aaron Franklin — has since won every major BBQ award in the U.S., and Franklin himself was in 2015 awarded the Best Chef: Southwest award by the prestigious James Beard Foundation.

Hometown, which opened in Brooklyn's Red Hook neighbourhood, serves food until it's sold out — so wishful eaters are advised to show up early the restaurant that Eater in 2013 declared "New York's best barbecue."

If you're looking for BBQ served out of a vintage Comet trailer, this is the place. Tom Michlethwait has been doing just that since 2009; his fare is now regularly voted some of the best in the state.

Wildhorse is much more than a BBQ joint — it's a bar and live music venue, perhaps primarily — but the eats are not to be missed — or to be taken any less than very seriously. To wit: Wildhorse goes through 3,000 litres of BBQ sauce per year.

This Texas restaurant's bare-bones menu says it all: Bodacious is as straightforward as it gets. You won't find anything but the basics here, cooked low and slow — and if you're not sure what to order, just get a rack of ribs. Texas Monthly says they're some of the best in the state.

For more than a decade, this restaurant — which is literally located at the dead end of a street in Knoxville — has been serving up tender, tasty BBQ plates in its large (and family-friendly) dining room.

When you think of classic BBQ, you might not think of Arizona. But Big John's has its heart — and its origin — in Texas: Big John himself was born and raised in Dallas Fort Worth, and opened up shop in Arizona in 2006 "because," the website declares, "in Arizona, you could not find Texas BBQ." 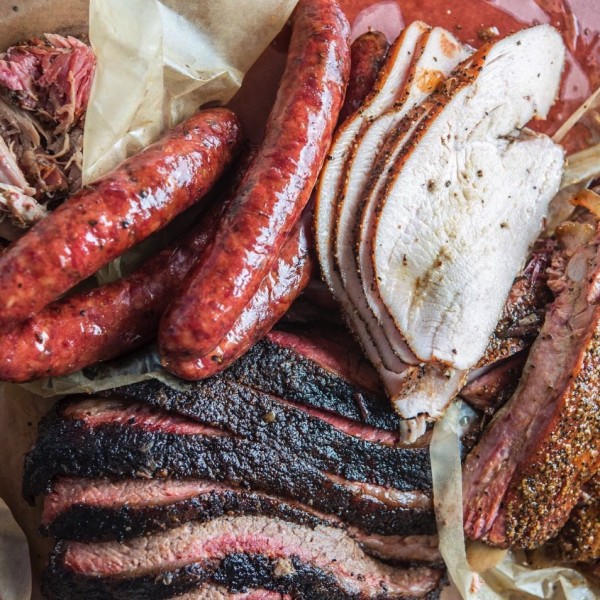 Giraffe Manor is an exclusive boutique hotel, set in 12 acres of private land within 140 acres of indigenous forest in the Langata suburb of Nairobi. As one of Nairobi’s most iconic buildings, Giraffe Manor has extraordinary appeal, that harks back to the 1930s when European visitors first flocked to East Africa to enjoy safaris. With its stately façade, elegant interior, verdant green gardens, sunny terraces and delightful courtyards, guests often remark that it’s like walking into the film Out of Africa: indeed, one of its twelve rooms is named after the author Karen Blixen.

However, the most fascinating thing about Giraffe Manor is its herd of resident Rothschild giraffe who may visit morning and evening, sometimes poking their long necks into the windows in the hope of a treat, before retreating to their forest sanctuary. Giraffe Manor can be booked for the night or as part of a complete tailor-made safari with Mondo - see our Fly around Kenya package @ https://www.mondotravel.co.nz/article/4307 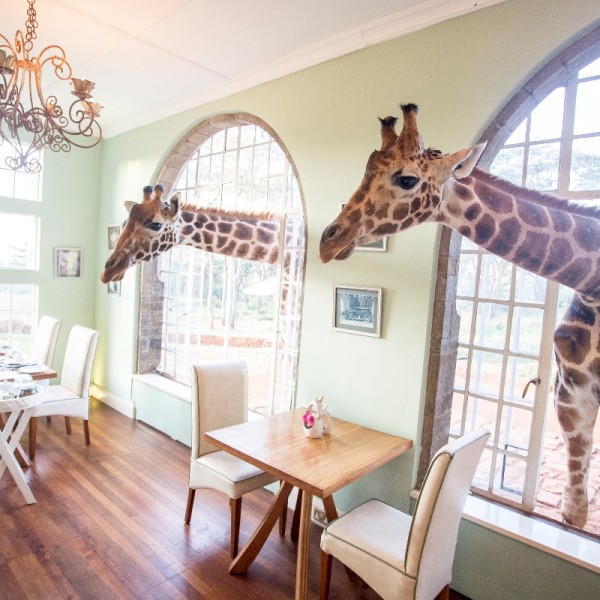 Mashpi Lodge (24 rooms). Located inside a 1,200 hectare Protected Private Reserve in the heart of the Equatorial Choco Bio-Region, considered one of the planet’s “hotspots” of biodiversity  Mashpi Lodge stands like a crystal palace set amidst spectacular landscapes of hilly  mountain sloped covered with dense vegetation and home to myriads od species of plants and animal, many of them endemic and unique.

Mashpi Lodge perches at 950 meters above sea level, between lower montane rainforest and cloud forests, a lush, green world, of which roughly 70 percent is primary forest.

This year marked Mashpi Lodge’s highly successful venture into the wellness arena with the Samay Wellness Centre and Spa, recognised in its opening year as Ecuador’s Leading Resort Spa. The world has come to see the Lodge’s incredible contribution to the community and to hear the personal stories of our local staff, showcased brilliantly by the BBC on its Amazing Hotels – Life Beyond the Lobby programme, which named the Lodge as one of the six most amazing hotels in the world and broadcasted on BBC, National Geographic Channel and Netflix. The UN’s Global Compact recognized the Lodge’s contributions to preservation through research, ecotourism and community involvement.

Check our our package to this unique and wonderful destination - https://www.mondotravel.co.nz/article/4338. 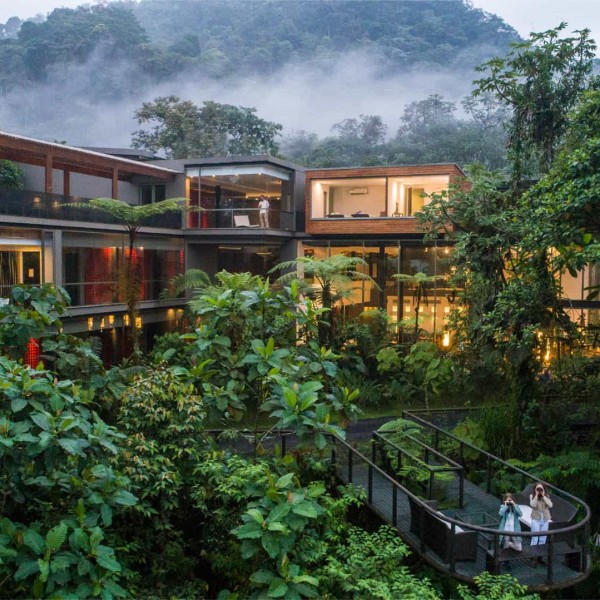