Sector 13. The name reminds me of District 13 in The Hunger Games, bleak and colourless. But Sector 13 of the Sambadrome, Rio de Janeiro on Carnival Sunday? Got to be anything but . . .

From Central Metro station we walk through streets bringing colour and life to them.

Roller doors are down on buildings, doors closed tight. There's barely any traffic. We head towards open, ugly, grey concrete-terraced stands dwarfing everything in the vicinity. The Sambadrome is a stretch of road with grandstands either side. Not what I expected.

Emerging halfway up Sector 13, we have it to ourselves. We're early. The grey monotony of the opposite stands is broken only by a few people, small dots of colour. The sectors to our right are obscured by Sector 11, set forward of ours.

Two hours pass quickly as the Sambadrome becomes a riot of colour and noise and the sky turns from blue to black. Dark-haired Casanovas with heavily accented English make friends with young foreign women. I crowd-watch; the fancy-dressed, the cross-dressed and the half-naked attired more for the beach mingle with summer-dressed samba school supporters, tourists and people ready to revel, helped with cans of the local Antarctica beer.

By 9pm, floodlights beam from the tops of stands and Sector 13 is packed with all ages. The big screen on the side of Sector 11 shows us that — down the other end of the runway, 700m away — the parade has started. The beat of the samba music has many on their feet long before Estacio de Sa school appears, around 40 minutes later.

And what an appearance! Down the runway comes a white horse; those manipulating its legs and head barely come up to its knees. Astride it rides a gold knight whose legs look around six feet long. The white-shirted, denim-shorted Brazilian girl behind me, aged about 10, does her samba thing. I bounce to the pulsating rhythm. The runway is an explosion of orange and red lights. A pair of binoculars would come in handy. Apparently there are flag bearers, swirling-skirted Bahianas who are older women representing the samba's African roots — that could be them looking like a golden stormy sea — vocalists, percussionists and of course dancers.

But my eyes go to each stunning float amid the throng. A castle, winged golden lions, a carriage. The parade is like a storybook that has exploded into life.

The school takes maybe 30 minutes to pass. As the runway is cleaned by orange-clad street sweepers before the next act arrives we sit and enjoy the party atmosphere, while others enjoy Antarcticas. Behind me a Brazilian woman and the samba-ing 10-year-old child are lying down. I look to the area at the end of the runway and can't believe what I see. Extraordinary, lavish costumes which have just been paraded are being shed and thrown — piled — into the back of a rubbish truck. A line of empty trucks wait.

Around midnight, amid trees and multi-coloured monster parrots, a gleaming white Christ the Redeemer, so big it rivals the real thing, appears. The next school has arrived.

The Brazilian girl behind us is on her feet fortified by 40 winks. Her arms wave, her legs stamp and kick. Males in their 20s show tourist girls how to samba, rocking from side to side in time to the beat of drums. Tambourines, whistles and bells add to the noise. The song is catchy but in Portugese, so I clap while locals sing. Sector 13 rocks … or sambas.

Jaw-dropping floats keep coming. Beija-Flor has maybe a storybook theme? The floats look like an adult Disney parade overdosed on steroids. Grande Rio has a transparent soccer ball so large it's like being up close to the moon. Between the half dozen or so floats of each school there are 2500-4500 participants in outlandish costumes swirling, samba-ing, stomping. It's a full-on assault of the ears and eyes. The camera battery dies from overuse.

Each school has 82 minutes to parade. They're disqualified if they don't get to the end of the Sambadrome in time. Mocidade comes close. The school's rainforest/explorer-themed floats go past faster than others have, racing against the digital timer at the end of the runway. Dancers run. Passionate supporters are on their feet.

A large-bellied man, dark stubble on his face, clenches his hands to his heart. Spittle flies from his mouth as he urges the school on. His partner wrings her hands. They mutter, shaking their heads. My eyes go from timer to floats and back. I don't care if they make it or not, but my heart thuds. Seventy-six minutes: Floats cram every which way among dancers pouring off the runway into Apotheosis Square. Seventy-eight minutes: The last float crosses. There's barely room to move in the square. Eighty minutes: The last dancers cross. I breathe again. The large-bellied man sits, exhausted.

Cherry pickers can't work fast enough to lift performers from the floats and clear the area. Yes, floats are that high. Ladders arrive and I watch workers with safety helmets help dancers on precarious perches reach the ground.

I check my watch. It's 5am! The samba-ing 10-year-old has gone. Sector 13 is no longer crammed. The sixth school is yet to appear but for me, it's time to check out of one of the world's biggest parties.

We're caught in a surge of revellers and costumed paraders. I expected the streets to be quiet, the city not yet stirring for the new day. Ha! The streets are awash with… well, there's a strong stench of beer and urine, and throngs of partying people. We battle our way through. 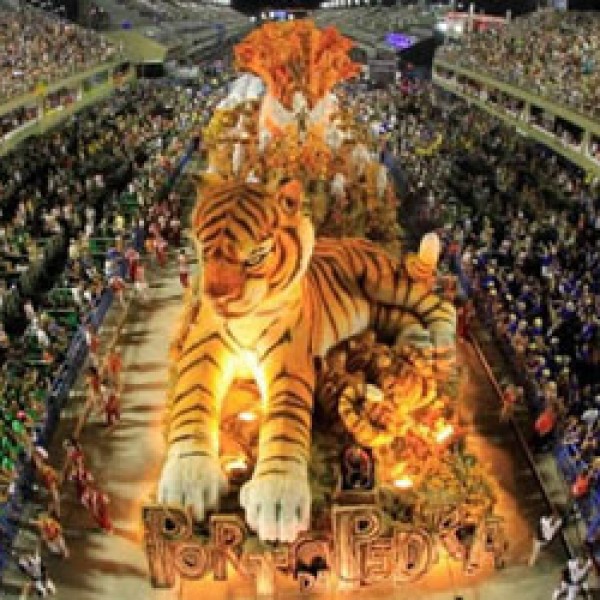 Get to know Kauai, Hawaii

Kauai is Hawaii's fourth largest island and is sometimes called the "Garden Island," which is an entirely accurate description.

The oldest and northernmost island in the Hawaiian chain is draped in emerald valleys, sharp mountain spires and jagged cliffs aged by time and the elements.

Centuries of growth have formed tropical rainforests, forking rivers and cascading waterfalls. Some parts of Kauai are only accessible by sea or air, revealing views beyond your imagination.

More than just dramatic beauty, the island is home to a variety of outdoor activities. You can kayak the Wailua River, snorkel on Poipu Beach, hike the trails of Kokee State Park, or go ziplining above Kauai's lush valleys.

But, it is the island's laid-back atmosphere and rich culture found in its small towns that make it truly timeless. Make your escape to Kauai and discover the undeniable allure of the island. 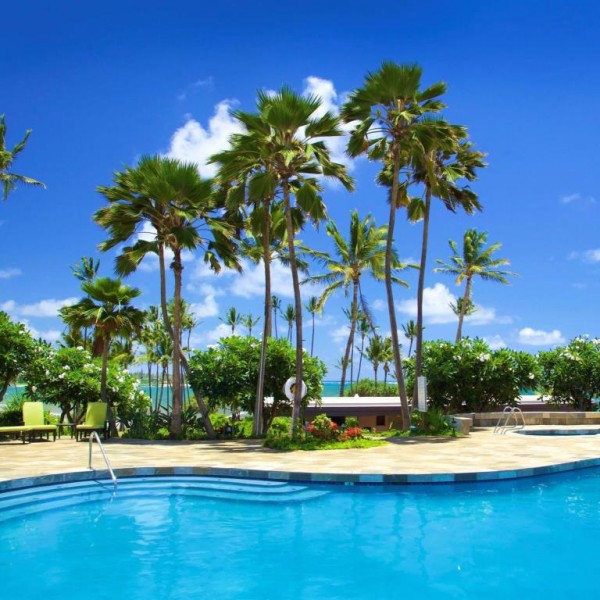 Emirates has announced its plan to launch a new daily service from Auckland to Dubai via the tropical island of Bali, Indonesia, starting from 14 June 2018.

The new service will offer New Zealand travellers a total of three daily flights to Dubai and beyond, complementing Emirates’ existing non-stop daily service between Auckland and Dubai and its current daily A380 service between Christchurch and Dubai via Sydney. Travellers will also enjoy a choice of three daily services between Bali to Dubai in the northern summer*, as the new flight adds to Emirates’ two existing daily services which are currently operated by a Boeing 777 300-ER in a two-class configuration.

With its spectacular mountains and picturesque beaches, Bali is considered to be a world leading tourist destination, welcoming more than 4.5 million foreign tourist arrivals in 2016, including over 40,500 New Zealanders. Emirates’ new service will add to Bali’s global connectivity, further stimulating the island’s economic and tourism growth.

Emirates’ new Auckland-Bali-Dubai flight will provide the only year-round non-stop daily service between Auckland and Bali, giving passengers an opportunity to visit and/or stop over in one of the most popular islands in Indonesia. The airline will operate a Boeing 777-300ER on the route, offering eight seats in First Class, 42 seats in Business and 304 seats in Economy Class, as well as 20 tonnes of belly-hold cargo capacity.

Flights are now on sale! 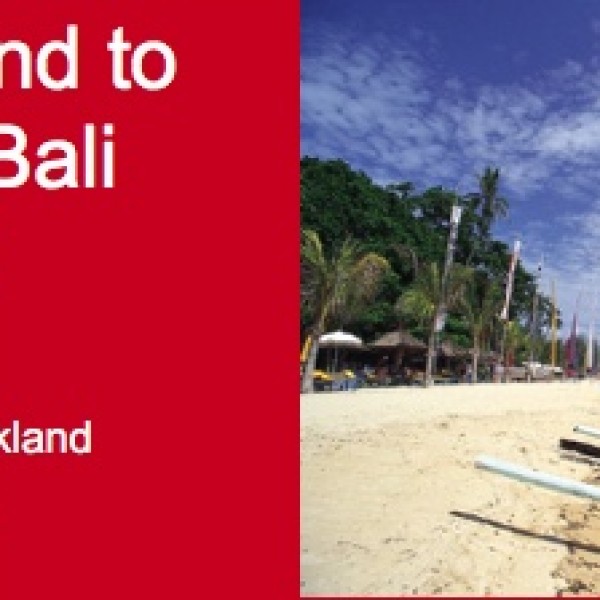