Christian Lacroix and several Thai designers dreamed up this hotel of city vistas, fibre-optic wall displays and oh-so-trendy rooftop bar and restaurant. You're whisked up to the ninth-floor reception area, given a cocktail and checked in as you ogle the light-twinkled urban landscape.

Sexy guestrooms have big leather-framed beds, soaking tubs and low lighting. Don't be surprised if a pool party if going off, and the lifts are full of half-clad youngsters.

Hunkered in the artsy, entertainment South Bank right on the Thames, the maritime-themed Mondrian startles from the moment you enter its copper-clad lobby and ascend in lifts in which Queen Elizabeth I eyes up a punk rocker on the walls. It culminates at the rooftop Rumpus Room where wild cocktails compete with city views and (on weekends) a live DJ for attention. Guestrooms are vast and glamorous.

An old courtyard haveli (grand traditional house) deep in Jodhpur's old town beneath the walls of spectacular Mehrangarh Fort might suggest a fusty, colonial-themed property. Yet this hotel is a knockout for combining gorgeously restored haveli architecture with contemporary additions, a magnificent pool and two chic restaurants whose evening fortress outlooks are stunning. Spacious rooms have all-modern interiors. The service would stand out anywhere, and in India is simply astonishing.

Can you be both an opera lover and hip?

Yes, if you stay at this opulent Milan villa whose rooms pay quirky homage to the likes of Turandot (dragons and Chinoiserie), La Bohème (Parisian attic with style) and Madama Butterfly (a whimsy of butterfly motifs).

The original Art Nouveau decoration is overlaid with the kind of chic only Milan can produce, and the Relais & Chateaux label ensures fine contemporary dining, too.

Though geographically a tad across the French border, this glossy, Art Deco-style beach club has been central to Monaco's social life since the 1930s. Think Hollywood meets the Riviera, revamped by Paris-based, colour-mad interior designer India Mahdavi, who creates rooms like Matisse paintings. Few urban hotels have such beautiful beach access: lounge under the umbrella pines and watch sunny people in shady glasses arrive by private yacht.

With coffee-table books covering everything from rock bands to architecture, a Japanese toilet that primps and blows, a rain shower with a view and a private butler, this new hotel personifies upmarket hip. Suites are so large you feel as if you're in a designer Manhattan apartment.

The sensational spa is matched by a rooftop swimming pool, yoga room and an uber-cool Japanese restaurant headed by Malaysia's first three-Michelin-star chef.

The original motor inn opened in 1956, and the reimagined hotel retains a mid-century feel, with retro furniture and rooms arranged around a courtyard erupting unexpectedly in banana and palm trees whose trunks are wrapped in fairy lights.

A big pink photo in the lobby shows a 1950s family meal, but features dad in red stilettos – all part of the quirky, subversive artworks that set the tone in this friendly, hip hotel.

What gives this mainstream hotel a hip edge? Perhaps its location just beyond the old town on the sparkling waterfront, its youthful, helpful staff, or the great buzz from the moment you step into the lobby. In guestrooms, red doors and accent walls provide Catalan passion, and a white-leather sofa and armchair a dash of hedonism.

The superb breakfast buffet will tempt you to outrageous bouts of gluttony.

This building has served as an inn for 500 years – though surely never so comfortably. Medieval architectural features remain but the old-town hotel has had a contemporary redesign that features blonde Swiss wood, funky furniture, retro lamps and bathrooms with black tiles and walk-in showers.

You can hardly get more hipster than a hotel with both a bicycle and barber shop in its lobby. Though built in 1909 and graced with art nouveau mosaics, this hotel in Austria's second-largest and very cool city has contemporary quirkiness and guestrooms of industrial-chic minimalism, leavened with colourful artworks.

Source: Stuff
Brian Johnston has stayed as a guest at all these hotels. 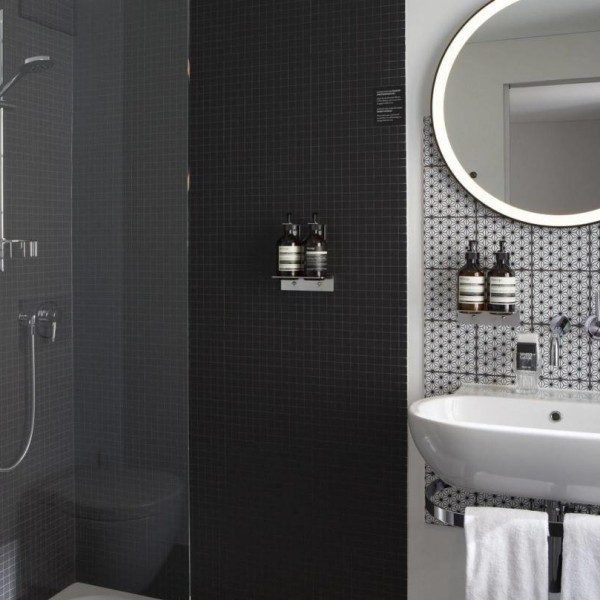 Traditional rivals Air New Zealand and Qantas are planning to codeshare on 115 domestic routes on both sides of the Tasman.

The planned agreement means Air New Zealand passengers travelling to Australia will be able to connect seamlessly to Qantas services throughout Australia.

"Coordination of check-in and handling at airports will mean shorter connection times, opening up more onward flights for customers on each carrier's domestic networks and faster journey times overall," the airlines said in a joint statement.

t will also allow customers of both airlines to use 36 domestic lounges on both sides of the Tasman when flying on routes covered by the codeshare.

The codeshare does not include trans-Tasman flights, just domestic services at either end. Qantas will continue to codeshare on all connecting Jetstar services in New Zealand.

"We've been partners at various stages over that time and we have a lot of respect for them as a competitor," Joyce said.

"We are confident that our respective customers will enjoy the reciprocal benefits on both sides of the Tasman," Luxon said.

Air New Zealand and Qantas attempted a more comprehensive alliance in 2003, but was turned down by the Commerce Commission because it was deemed anti-competitive.

Air New Zealand claimed at the time an alliance with Qantas would attract 50,000 extra tourists a year to New Zealand.

But that was countered by Commerce Commission figures, which showed expected airfare increases under the alliance would result in nearly 25,000 fewer tourists.

Tickets for the new codeshare will be available by the end of July, for travel from October 28. 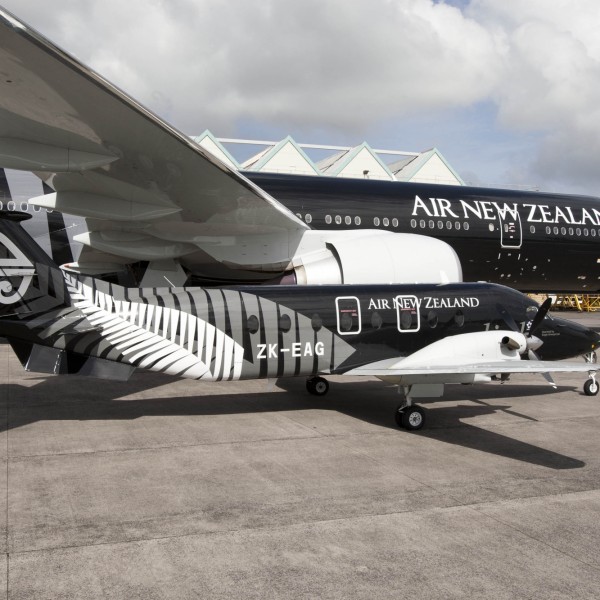