Windstar Cruises is taking its culinary program to the next level with its latest partnership: a new specialty restaurant named Cuadro 44 in partnership with renowned chef, Anthony Sasso. One of the youngest chefs to be recognized by the Michelin Guide, and celebrated guest chef at the James Beard House, Sasso promises a menu of modern and inventive Spanish cuisine inspired by his own travels across the Iberian Peninsula. Cuadro 44 by Anthony Sasso will first debut on Windstar’s award-winning small ships, beginning in March 2020 on Star Breeze, and later in 2020 on sister ships Star Legend and Star Pride as part of the $250 Million Star Plus Initiative.

Sasso is known for his groundbreaking work at New York restaurant Casa Mono, where he spent 13 years and earned the restaurant a Michelin star 10 individual years. Sasso’s connection to Windstar began in 2018, as guest chef on a James Beard Foundation Culinary Collection themed cruise in the Mediterranean. As an expert culinary guide on the Spanish Symphony sailing, Sasso led cruise guests on small-group “Shopping with the Chef” walking tours to local markets to procure fresh produce and local specialties to use in his onboard cooking demonstrations and wine-paired dinners.

“I've spent a lifetime studying Spanish food and culture, working in several Catalan kitchens, traveling the Iberian landscape and learning from and getting inspired by the masters: everyone from the Roca Brothers of El Celler de Can Roca to the unmatchable Pablo Picasso,” says Sasso. “This new venture with Windstar will be the perfect vehicle to showcase the universally enticing flavors of Spain and its coastal seas. I'm extremely excited and honored to be involved with this innovative company.”

“Culinary leadership is one of our core competencies at Windstar, and one of the reasons we are consistently awarded as the leader in small ship cruising,” says Peter Tobler, Director of Hotel Operations. “Chef Sasso also exemplifies culinary leadership as evidenced by his ten years of Michelin Stars and we are thrilled to be working with him on this new Spanish restaurant that expands and elevates our culinary offerings with on trend, tapas-style cuisine that encourages experimentation.”

The announcement of the culinary partnership and Cuadro 44 was made by Windstar’s President John Delaney and Chef Sasso during an intimate media event in New York City at Bar Jamón, the adjacent sister bar to Casa Mono on June 25, 2019. 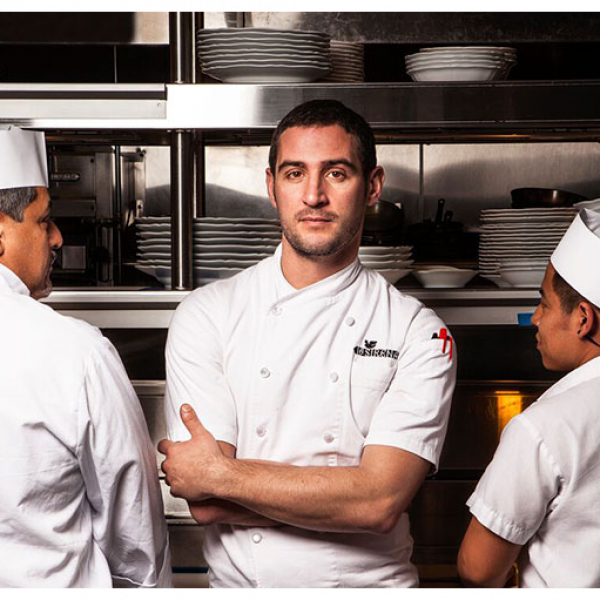 Travel with Fiji Airways from New Zealand to Hong Kong, Singapore or Tokyo and enjoy the stopover you deserve. Don’t flyover Fiji without stopping and experiencing the friendly hospitality of Fiji for yourself. Come and set your watch to ‘Fiji Time’.

Start dreaming about what to do in Fiji NOW!

This program is valid for two passengers traveling together from AKL/WLG or CHC to HKG/SIN OR NRT on any year round published business or economy class fares.   Not valid on any special short life fares.  Valid on FJ operated services and tickets validated on FJ (260) ticket stock only.

For full details speak to a Mondo Travel Specialist.

Fiji Airways, Fiji’s National Airline has been awarded the coveted Skytrax 4-Star rating at the 2019 Skytrax World Airline Awards in Paris, joining a select group of elite airlines in this prestigious category.

The Skytrax World Airline Awards are one of the most sought after quality accolades for airlines. Skytrax benchmarks traveller opinion and carries out quality evaluations around a number of key categories and principles for airlines around the world. Skytrax Ratings are recognised as a global benchmark for airlines. A 4-Star Rating is a mark of distinction that recognises excellent standards, showcasing an airline’s unwavering commitment to provide high quality product and service values both onboard and on the ground. Fiji Airways joins airlines such as Emirates, British Airways, Etihad, Air New Zealand and Qantas as a 4-Star airline.

“Best Airline Staff in Australia Pacific” recognises the combined airline staff service for both onboard and ground staff, in the Australia Pacific region through passenger feedback and Skytrax evaluation.

Mr. Andre Viljoen, Fiji Airways Managing Director and CEO, believes the 4-Star rating and award is a testament to the airline’s hard work over the past four years, and the excellent customer experience the Fiji Airways’ staff deliver in the air and on the ground.

“We are extremely proud to have been awarded a Skytrax 4-Star rating and the Best Airline Staff in Australia Pacific. The Skytrax Awards are highly prestigious and we are thrilled to be recognised with a 4-Star rating, a goal we set out to achieve in 2015. It has been a four-year improvement journey to raise us to a 4-Star airline status, after massive investments in customer experience, improvement in our product, and enhancing our service culture and standards through the UP! Your Service education programme.”

“The Best Airline Staff Award is a highly contested accolade, which our staff and crew are humbled to have received. Fiji is famous for its world class hospitality and that underpins everything we do. Our commitment to be the best representatives of our beautiful home have borne fruitful rewards for us,” Mr Viljoen said.

The 4-Star Rating and Best Airline Staff Award cap off a great first half of 2019 for the airline, having recently announced more investments with two new additions to its widebody fleet, the Airbus A350 XWB. The new aircraft are the latest step in the airline’s continued focus of offering a world class flying experience for travellers. Fiji Airways was also the launch airline to join the oneworld alliance as a oneworld connect partner. 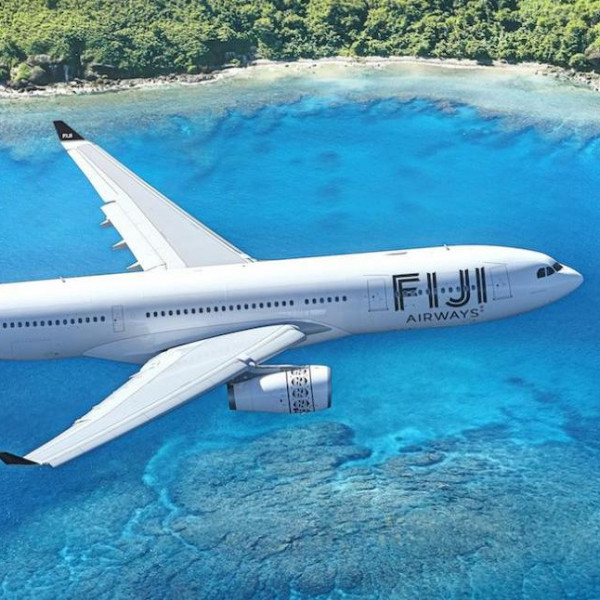